Stephy Says 💋, I can’t let the month of July past without talking about August. 📆

I’m sure by now you have seen or heard about the August Alsina & Jada scandal (and I know I’m extremely late 🙄 but mind your business), but if not –let me try to briefly catch you up. August definitely brought July in with some heat. 👀

Let me continue…Soooo, you remember back in 2018 when August came out the blue with that “I had an affair with Jada” allegation? What about that romantic & sweet birthday shout out dedicated to Jada Pinkett Smith? Do you remember that she did the same for him for his birthday? You probably didn’t pay it much mind then. Maybe it was innocent then but, looking back at it, these were probably telltale signs. I mean seriously, is any of this ringing a bell??

As expected, after he somewhat spilled the tea, of course she denied the allegations, and it all died down. The thing is, it’s 2020 & none of these allegations are new. We have been here before. 😬 and honestly, this is all old news.

If you can recall, Alsina was a guest on Red Table Talk sometime in 2017 or 2018 where he revealed that he was having health issues. However, we knew about health issues after he experienced a health scare in the middle of his concert where he fainted & reportedly began having seizures that landed him in a coma. Remember TMZ reporting and other headlines flashing that the poor guy passed out in the middle or his own concert?

As the time line continues, in 2018, Jada happened to announce on the Red Table Talk that Alsina had approached her asking for help with his health & his life (apparently he was having addict issues as well). She stated then that it was only “friendly” & denied any other allegations. Seriously though, who was she really trying to convince that they were only friends? Us or herself? I suppose this was an effort to put an end to the already blazing rumors. (Referenced by vulture.com)

Anddd we’re moving on. In 2019, it was rumored that Alsina’s song Nunya remix was about his romantic relationship with Jada. These rumors were believed to be true because in the Nunya video, Alsina is texting a female named “Koren” which just happens to be Jada’s middle name 👀 Conincidental? I think tf not. To add more fuel to the rumors, Alsina uses a GIF of Jada in the text thread seen in the video. Lyrics that he sang, “You got me feeling like it was an act, you’re just an actress/Putting on a show ‘cause you don’t want the world to know/That you lost a man who loved you all along, Baby, couldn’t we just let this go?” made speculation more believable. (Whole Nunya Video here) 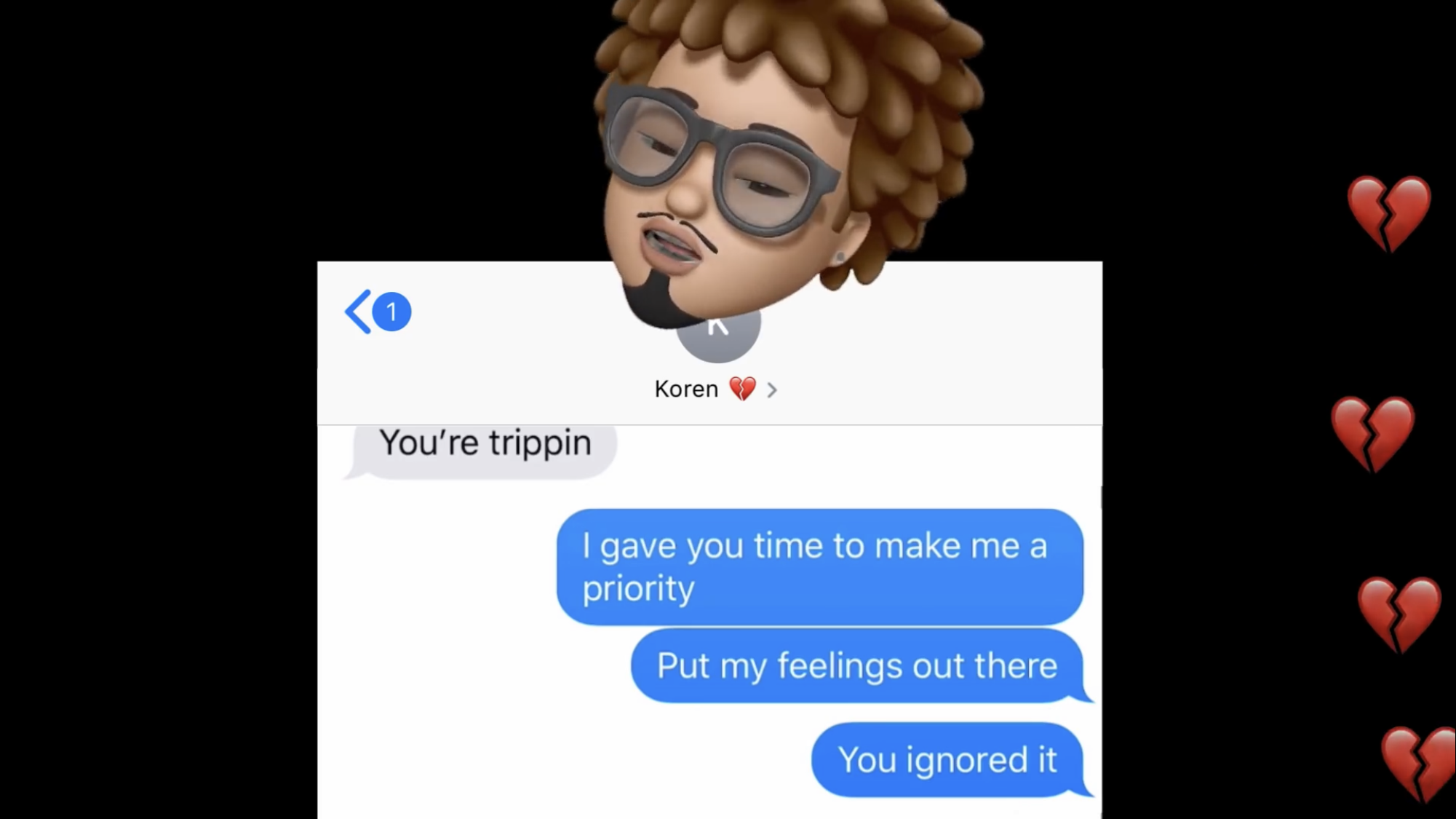 In a recent interview with Angela Yee of The Breakfast Club, Alsina spoke about his mental health & also outed Jada by exposing their affair (once again). He claimed to have gotten a “blessing” from Will Smith. Initially after the interview, Jada denied the allegations. After much chatter and IMO pressure, Jada finally tweeted: “There’s some healing that needs to happen…so I’m bringing myself to The Red Table.”

Jada brings herself to the Red Table and in the brief clip of the most important part, Jada describes her involvement with August as an “Entanglement.” It isn’t until Will directly calls it a relationship that Jada admits to a relationship. To add more insult to injury, she sat across from Will, looked him in his face & said, “I just wanted to feel good. I hadn’t felt good in a lonnngggg time.” 🥴 Sheesh, talk about heartbreaking words.

Weeks after Jada openly admits to their relationship, August drops his song Entanglements. And guess who had the nerve to try to give a report? CNN! Yes, I said CNN, as if they don’t have a whole pandemic and government scandal to be reporting on. (They all up in the entertainment world🙄.)

CNN gives the report that August dropped a song titled “Entanglements” featuring Rick Ross following Jada Pinkett Smith’s Red Table Talk interview with husband Will Smith which followed August’s announcement that he & Jada had an affair. Whewwww, that was a lot to say lol But, are you following me?? Honestly, IMO this is all just a distraction to take our eyes off the racial injustice & political fraud happening without the government legal system….but, we will skip the conspiracy theories today.

IMO (“in my opinion for you older folks out there“) , my first thought was “see,now he picking.” And yes, I said it just like that. Here’s my take, August said his piece, JADA cleared the air, she & Will left the red table in a good place, so the situation should have been done. Dropping the song is a bit disrespectful & petty, a little insult to injury-ish…..it’s believed that this is a publicity stunt to make himself relevant again after being off the music scene for a while. Conincidentally, he dropped an album The Product III: State of Emergency, around the same time of the scandal. Maybe you’ve heard his song Resent on the radio (if people even listen to the radio anymore 🥴). Stephy Says 💋 IDK if this was a publicity stunt or if he just wanted to find peace within himself & after life threatening illnesses. Either way, it shook up the black community. 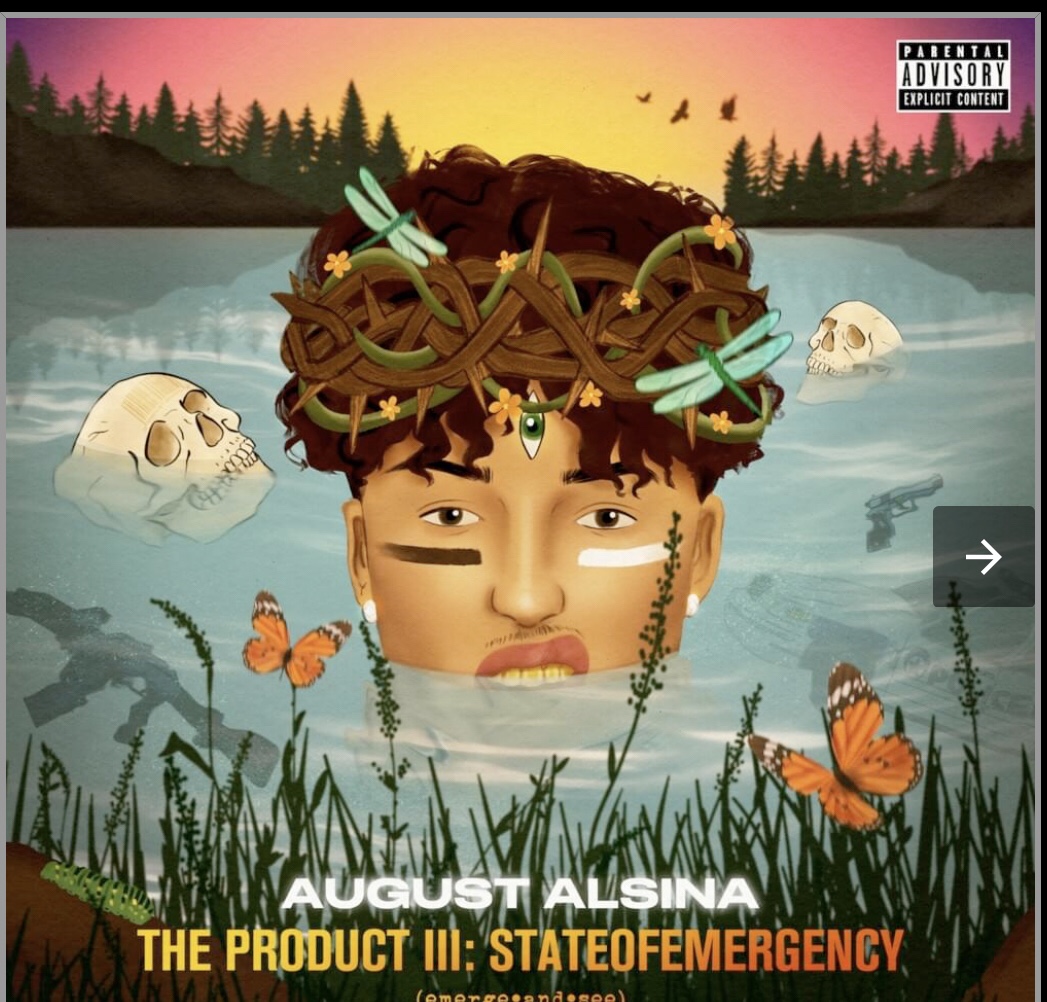 Either way, this took it a tad bit too far….but let me add, I fw the song.

I hope August finds the peace he is searching for, & I hope Jada and Will push through.