Stephy Says 💋 the news of Viacom CBS firing Nick Cannon came as a complete shock although, with the way the increasing racism & hate towards the black community on the rise, it probably shouldn’t have.

Zeewiththetea posted the original statement made by Viacom following the termination of Nick. (P.S. Stephy Says 💋 I know yall think yall like The Shade Room, but follow ZeewiththeTea 🐸☕️ for ALL the tea. Tell her Stephy said it 💋).

It almost seems as if Nick’s had a target on his back dating slightly back from the scandal & being wronged by NBC America’s Got Talent (in which they then did the same to Gabrielle Union 🙄). Now let me add, I didn’t read any full articles or listen to the entire podcast (mind your business). However, if he did say something wrong, was is really so wrong that he had to be fired from the entire company!? I understand that he was fired for anti-semitic speech, but is this really any different from any form of hate speech? Must I speak on hate speech the black community has faced for centuries?? OK, that’s another conversation for another day. Go read Black Lives Matter.✊🏽🖤

Consider this, on July 16th, while watching The Nightly News, Donald Trump’s niece reported that his family “regularly” used anti-semitic slurs. But, “they” STILL haven’t canceled the so-called President? Make it make sense. Mary Trump’s story can be found here on Business Insider. It’s ironic how this interview aired just one day after the news of Nick Cannon being fired for the very same thing. How was this any different from Nick besides the color of the person performing the action?

Even after long & thoughtful apologies for his entitled opinion, Nick Cannon is still being drug by trolls on social media. However, the same trolls STILL see refuse to acknowledge racial slurs, hate speech, or racism against the black community.

Besides Viacom, Nick’s talk show has been pulled from the 2020 line up according to Daily News. If you ask me, this is OVERKILL!

On the bright side, some good news is –Nick Cannon will continue to be the host of The Masked Singer according to CNN news.

I need the black community to STAND behind Nick Cannon. Diddy started by inviting Nick back “home” & offering a place for him on RevoltTv, a “truly BLACK OWNED” business. Let me say this 🗣 I STAND with Diddy! 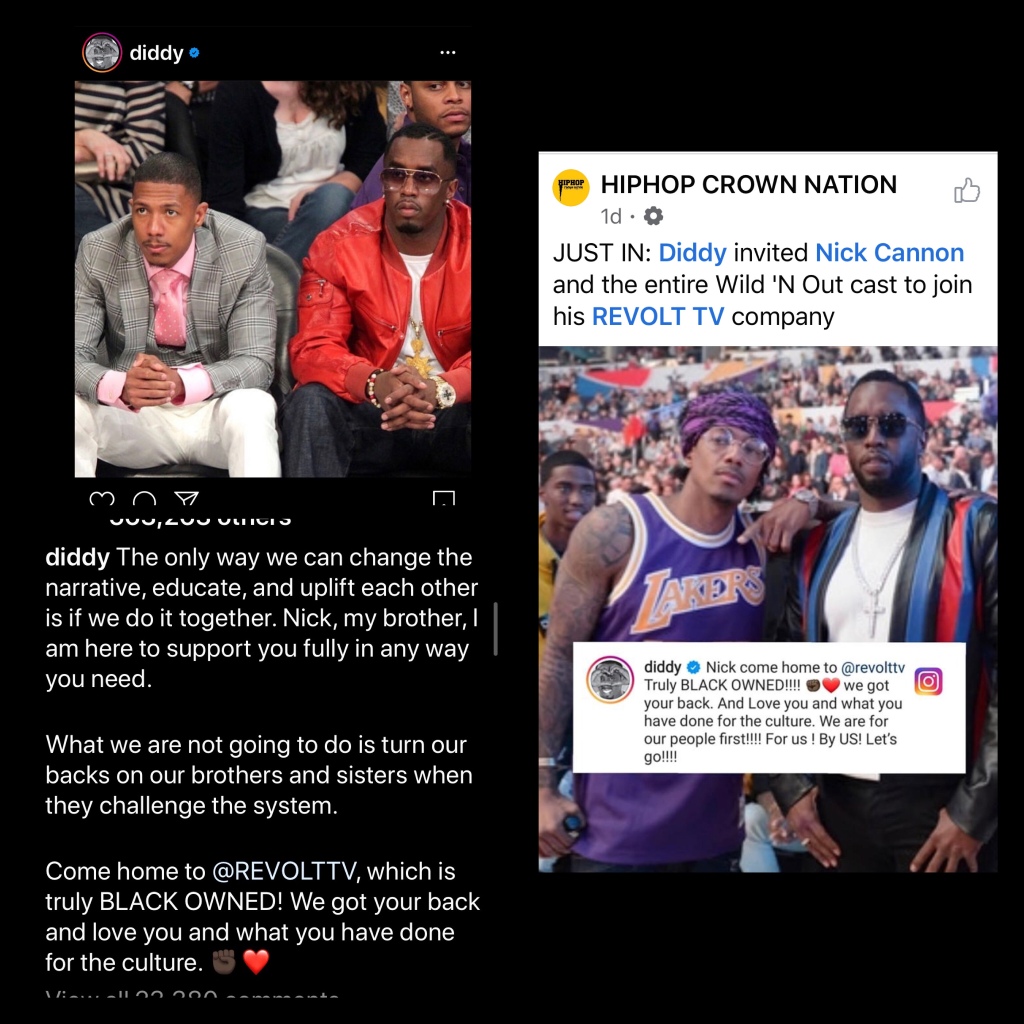 Nick continues to face backlash not only from individuals outside of the black race, but also within the race which led him to gut wrenching tweets that obviously show his pain. Stephy Says 💋 imagine putting your career on the line, lose your career, then be turned on by the very same culture you were protecting. Nick has rooted & spoke for the black community when we didn’t have a voice loud enough or a platform big enough to speak for ourselves. Long before now, “our people” having been calling Nick Cannon “lame” or “whack.” I remember having a conversation with one of my FB friends about how much Nick is underappreciated, underrated, & overlooked. Our people have been degrading him for years, so honestly this comes as no surprise, but with everyone else seemingly being against black culture–I assumed we could rally behind Nick. I guess I expected too much….

As expected, Nick has received love & support from the Wild N’ Out crew. Justina does not say many words, but the 2 she says (LOVE YOU), clearly speaks volume. Conceited does not say any words, but did post a pic of him & Nick with the crown emoji. The love & support continues from DC Young Fly following this outrageous incident. Emmanuel Hudson stands by Nick & offers support & love. In fact, Eman went on an entire rant about how our people crossed Nick. Hitman Holla speaks up for Nick & vouches that he spoke no lies. In his tweet, Hitman says “NO LIES DETECTED.” 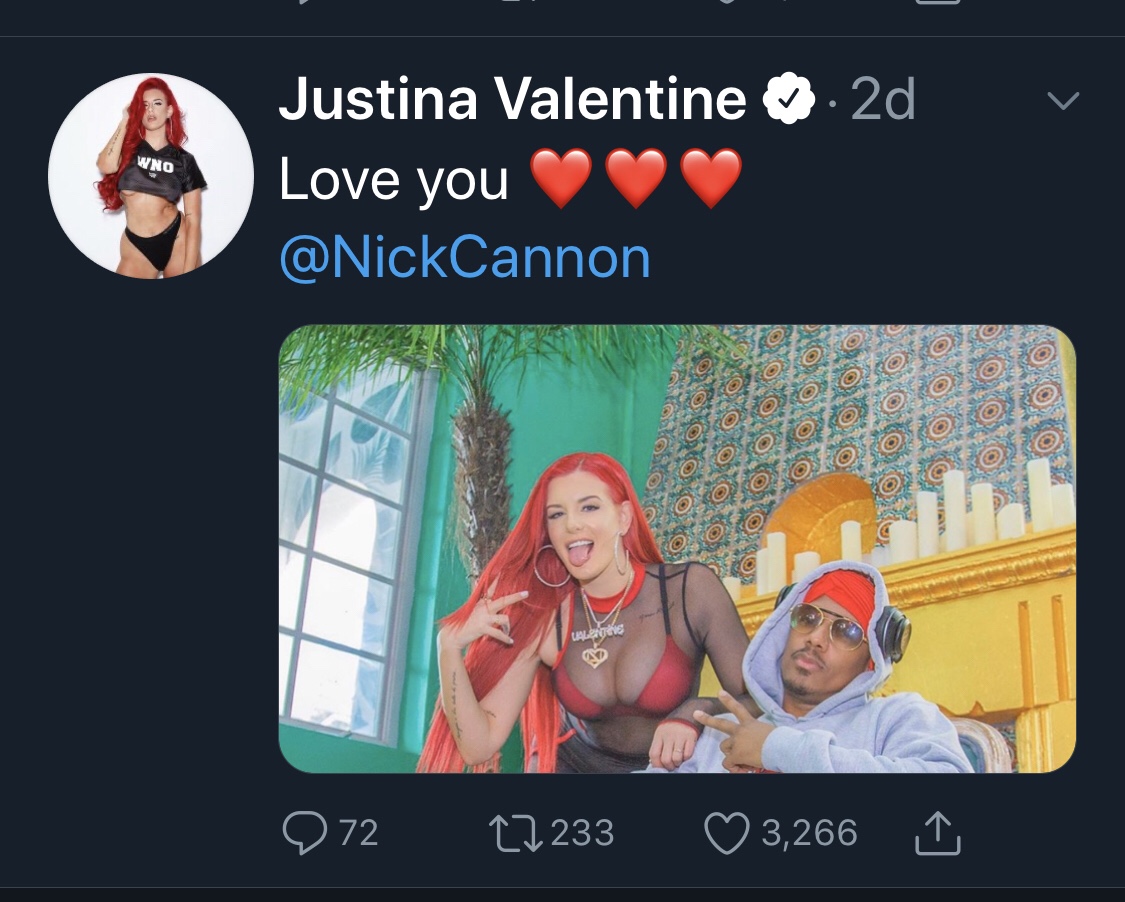 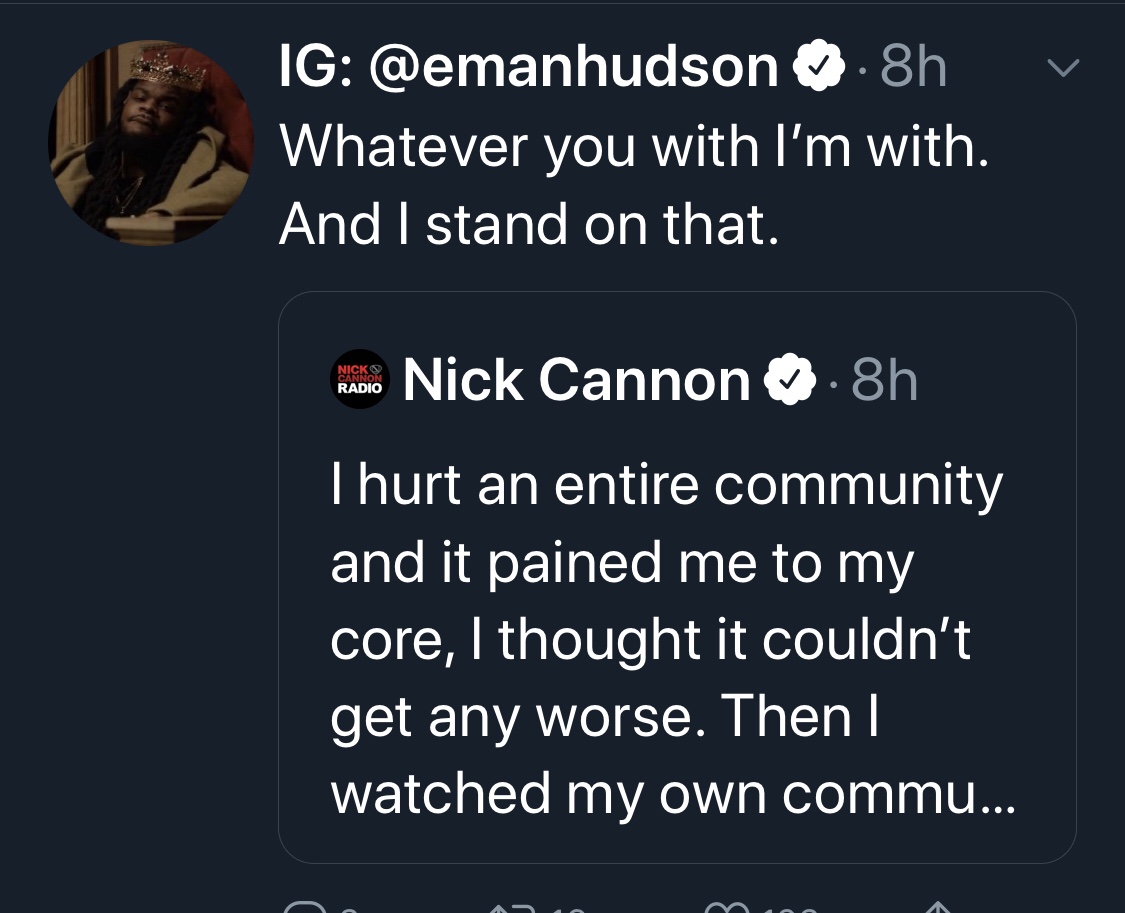 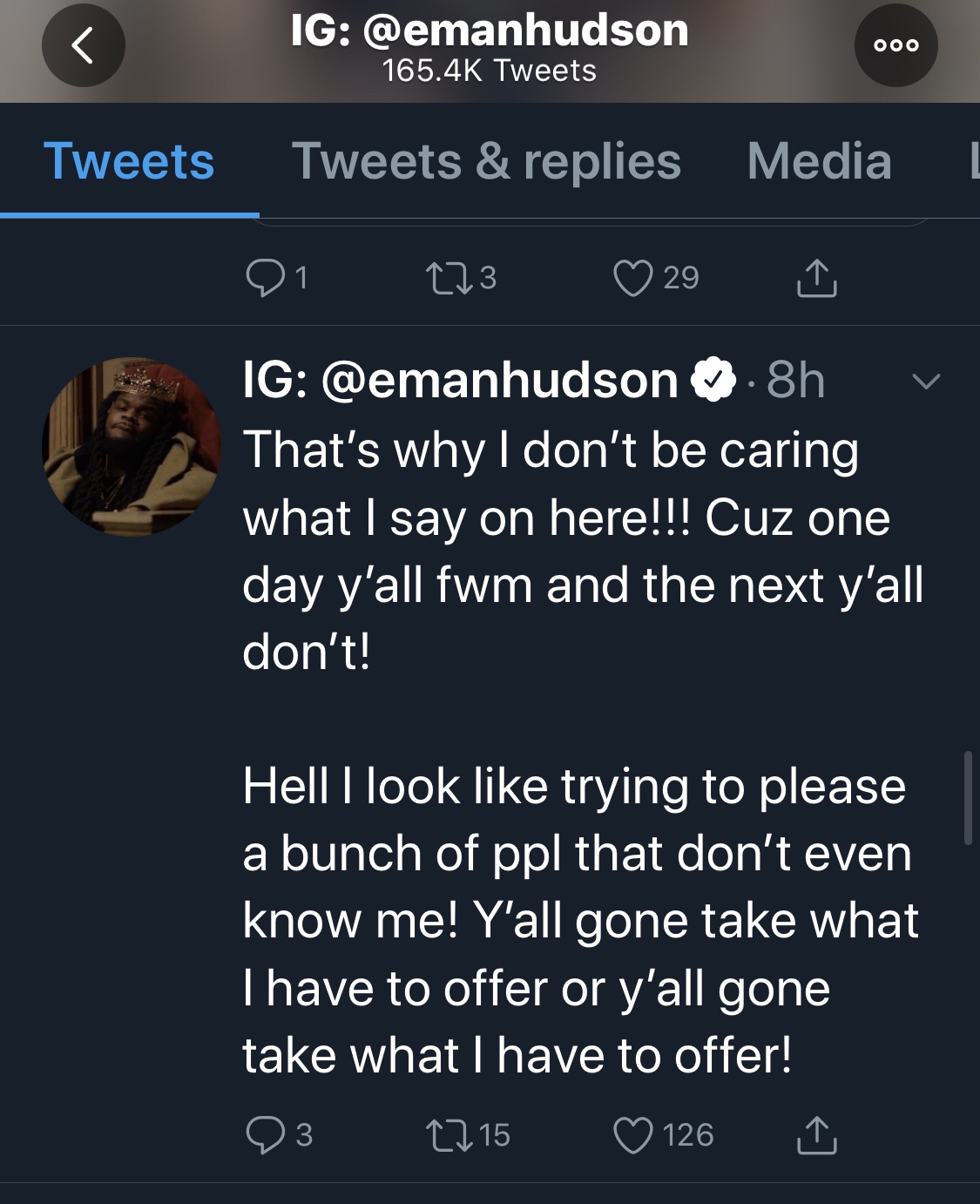 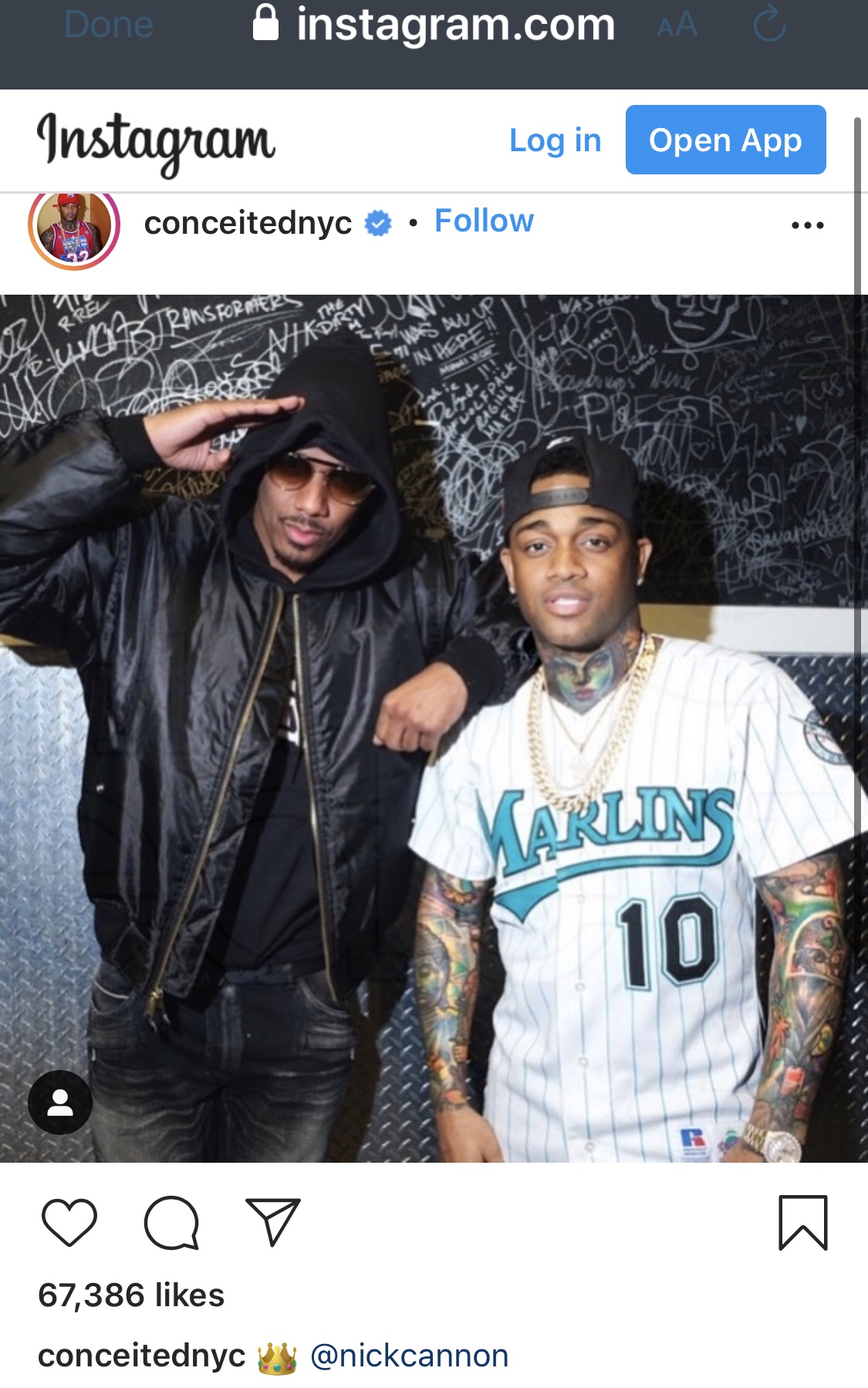 While Hitman, DC, & Eman take moments to speak up & protect Nick, Chico Bean, B. Simone, & Radio Big Mack have been fairly quiet on Twitter considering the incident. Karlous Miller uses this serious situation to gain a few laughs per usual, However, Nick’s tweets touched a nerve in Karlous as he tweets:

“they done convinced my boy that he offended a whole community. I can’t believe this fucking shit.”

Make no mistake. –we know that Karlous rides for Nick even after all they have been through.

Not to mention, I’ve been waiting to see a statement, tweet, status, or something from Colin Kaepernick to see if he will ride for Nick as hard as Nick was riding for him. (Remember the WNO episode that Nick wore a Kaepernick jersey instead of the traditional WNO gear?)

If you remember the Azealia Banks WNO episode, then let’s talk about how ignorant she is acting in this situation. She is actually rejoicing & celebrating the fact that Nick was fired & had the gall to make this statement, “Azealia Banks voodoo is working.” At this point, call DC to roast her again ‘cuz I’m siccud. She posted a video on Instagram: view it here.

Wild N’ Out is one of the most successful shows on the MTV Network. Nick used his platform without discrimination & opened his stage to other races, religions, sexual orientations, & cultures. Tim DeLaGhetto gives his appreciation to Nick for the chance to grace the Wild N’ Out stage.

When Nip died, Nick took it upon himself to continue the legacy of Nip by using his platform to continue the Dr. Sebi documentary. Surprise, surprise….he also faced negative comments & remarks for wanting to do this as well.

Nick Cannon is more than an entertainer & producer. Nick is a philanthropist. A risk taker. A mogul. A cultivator. But above all, he’s HUMAN & he deserves a little grace. I mean really, how many of individuals do you know that have said things that they had no business saying? To lose so much due to “sensitivities” of those on the receiving end while the killers of Breonna Taylor roam the streets….but THIS is Amerikkka.