Stephy Says 💋, January 26, 2020…a day we will all remember. It seems to be a day that for a moment, the world stood still. The day we lost a legend, kids lost their father, & a mother lost her husband & child. THE Kobe Bryant & his daughter, Gianna Bryant along with 7 others succumbed to death out of what seems to be nowhere.

I’m sure there are no words I could even formulate to describe this tragic loss, but, here is my attempt to honor & remember a legend & one he was creating.

You could see in pictures how much she loved & respected her father. You could feel the genuine bond between those two. Though it’s tragic, I can find a small bit of comfort in knowing that they were together in their death just like we were in life. He was there during her first breath, & there during her last. Whether he was able to do much is irrelevant, the point is–HE WAS THERE. It’s funny how life happens full circle. 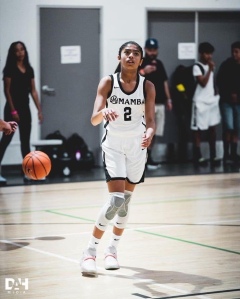 Death. This word doesn’t seem as if it’s supposed to be attached to these names. I remember sitting in the chair in front of the TV watching the Pro bowl. My phone vibrated from the local news app just like any other day. Normally, I swipe up & clear it, but yesterday I pulled it down to see the alert. I have no idea what the whole caption said, all I remember is “Kobe Bryant dead.” I read it out loud, my brother who’s always been a die hard fan, was shocked into disbelief. And like many others, his initial response was. “Kobe?…..Bryant?” As if we knew any other Kobe. Any other moments, my response would have been sarcastic, but this time, I understood his question all too well. I took to Twitter with the story & a caption reading huhhhhhh?? Only to find that it was true.

My heart broke instantly. Perhaps, this seemed unreal because we had grown up watching him persevere through injuries (broken nose, blown Achilles, knee injuries, sprained ankles, shoulder injuries, etc) that the average person wouldn’t dare push through. Maybe his invincibility on the court made us so sure that the Black Mamba could handle anything life threw at him, not even thinking anything about death. He was a hero. I can almost bet that his daughters & family felt the same.

Hearing the news, my heart broke because though I didn’t know Kobe, I knew what he meant to fans. The way other players cried when they found out the news, shows how special Kobe was.

I won’t pretend to be a superfan, but I am a fan. Although he has departed life, I am STILL a fan. He will forever be alive, in memories, in thoughts, & in hearts.

I was never a Lakers fan, but ALWAYS a Kobe fan. I always described it as not having a favorite team, but having favorite players. Ironically enough, Kobe’s closest friends (D. Wade & LeBron James were among the list).

I won’t pretend that I followed his whole career, however, I know the impact he made during his career. I remember going to basketball courts, & seeing young boys & classmates try to imitate his signature moves.

I remember playing the Sega Genesis back in the day, when Kobe was heavily pixelated, & hardly recognizable except the #8 on his jersey. I‘m talking about back in the day when Vlade Divac was playing. The Shaq & Kobe days. Back when all you heard was, “From downtown! Swish! He’s on fire!”

Admit it, I just brought back some memories.

To add to memories, in middle & high school–anytime ANYTHING was thrown away it was an unwritten rule that you had to fade away & yell “Kobe!”

I remember hearing young athletes comparing him to Michael Jordan & stating that Kobe was the “Michael Jordan” of our time. But when it all came down to it, the final ruling is this-Kobe was Kobe & there was only one. The passionate, yet loving arguments of who the GOAT really was still ring in my ears.

The love that men, especially men of color, had & have for Kobe is something special. Seeing tears from some many men resonates in my heart. Kobe not only changed the game of basketball & his family, he changed the lives of fans. He was a role model, something as close to a father or brother as many black males would ever get. I’m sure on several occasions, Kobe was the first to teach them how to dribble their first ball, how to post up, or how to make a simple layup. Many fell in love with the game because of Kobe. He had a way of connecting with the black male population in way that no one else could.

Yes– he was an athlete, but before all that & above all that, he was a human. He was a father, a husband, a son, a brother, a coach, a friend, an inspiration. He changed lives both on & off the court. Out of all the things he accomplished in his life time, I’d like to think his family was the one he was proud of the most. Vanessa is forever in our thoughts, prayers, & hearts. 💜💛 #Mamba #Mambacita

While the primary focus of this blog post is on the legend, I cannot leave out nor forget the other victims whose death is equally as tragic. Their lives are equally as important. Today & everyday, we remember all the victims –we honor these fathers, daughters, sisters, brothers, & mothers. We call names, let’s make sure their names are not forgotten 🙏🏽.