Stephy Says 💋 I briefly mentioned L. Terrel in a previous blog post with his BEAUTIFUL & talented wife. (Check out the post Var & Rae plus 8). In that post, I spoke moreso about their personal life.

Allow me to call your attention to L. Terrel – the ARTIST! 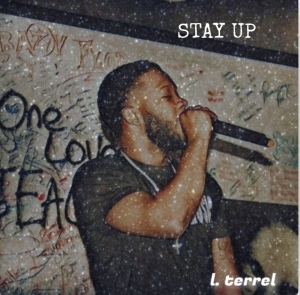 L. Terrel is originally from a small town, Franklin, Virginia, where he has grown a fan base for over a decade. As far as I can remember, his whole life has been music, & I’ve had the privilege of hearing him grow & mature as an artist. He easily had a Chris Brown vibe singing while growing older. His voice has definitely matured into a real & raw one that demands your attention as soon as he opens his mouth.

If you didn’t check out the previous post, I will take a few seconds to revisit some of the statements I made about L.Terrel. His voice is insanely good.

You have to watch this video & it’s one of my favorite songs! (Issa vibe) — (he HAS to sing this at my wedding 😝)

L. Terrel has developed & continuously develops into a star. He works diligently to perfect his craft & shamelessly promotes and markets himself. That alone is sure to cause him to rise to stardom. Stephy Says 💋 trust me when I say, L.Terrel will be one of the next top names in music! Be on the lookout for him. 👀

Since the last post, he & his lovely family have moved to Atlanta, Georgia in effort to follow their dreams. According to what Stephy Says 💋, this is another reason L. Terrel is destined to be a star 🌟 Within the first month of the transition he has already performed his hit single “Stay Up” and been included in rotation on the local radio station.

Singing & music isn’t just what he does, it’s who he is. Singing is his dream, yet also his reality. With his versatile voice, he’s able to flawlessly sing any rendition of any song of choice from soul to RnB to pop.