A-List Celebrity according to Stephy Says 💋 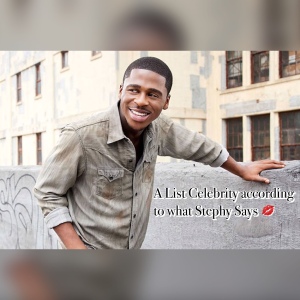 A few years ago, I remember sitting on my couch as X Factor aired its auditions. There was this 20 year old guy that flashed across the TV & began sharing that his mother gave him 2 years after graduation to shoot his shot at music before he would have to go to school & get a “real job.”

Marcus Canty.A name I knew I would remember forever. He’s not exactly a “no name,” but he definitely isn’t on a mainstream as I feel he should be. But forget the rules, he’s an A-List Celebrity according to what Stephy Says 💋 ‼️

I remember falling in love with him immediately. His energy was contagious & positive vibes vibrated through the TV. He was just the guy to love….I was just hoping he could sing.

His audition song was “I Wish” by Stevie Wonder & he nailed it. L.A. Reid said Marcus reminded him of a young Bobby Brown & Simon Cowell said that Marcus reminded him of Usher Raymond. Both of which are A1 & official artists. The performance was emotional, and I promise my eyes sweat every time I watch it. “I’m not crying, you’re crying.”

As the season progressed, and he continued to grow as a singer, I grew to love him more.

His rendition of”All my Life” was K-Ci & Jo Jo was flawless at the judge’s house episode & made me fall in love knowing that I was single. 🤦🏽‍♀️🤷🏽‍♀️

Catch him singing “I’m Going Down” by Mary J. Blige & he makes you feel every word of the song. It made me hurt like I was the one experiencing the break up. 😆

Though he didn’t win, I continued following him on all his platforms & I promise “In & Out” featuring Wale is my favorite song! 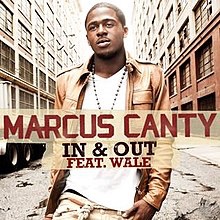