Allow me to introduce you to the man made ⚡️WAV ~🤴🏾~GOD⚡️!

I had the pleasure of following & being followed by King Air on Twitter. If you ask me, he’s a 💫superstar💫; but I’m sure if you ask him, he’s just a man that’s trying to change the world & make his mama proud. This alone makes him more admirable to me!😍

Aside from his music being dope (which we will get to soon), he is a dope individual. He spends his time engaging & empowering supporters and impacting the world one tweet at a time. Rather than be selfish & promote himself, he spends his time promoting positivity & love. Don’t believe me? Check this screen shot of some of his tweets. He’s ultimately reached & impacted the lives of 6 MILLION people! 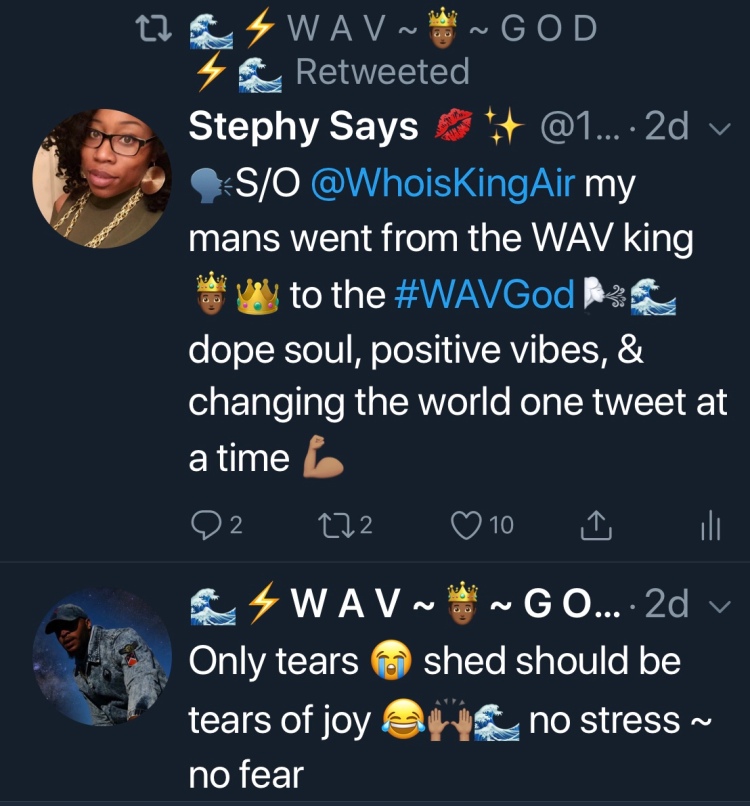 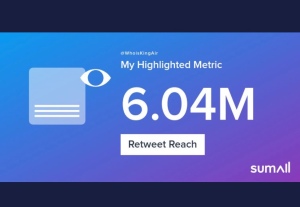 I had no choice but to honor such a 🤴🏾King, just for that fact alone. I can honestly say that since I’ve followed him, he’s made a huge impact on my life. I have more positive energy & spread positivity in the universe. He’s full of positive vibes & creative waves that makes you instantly connect with his soul.

Not to mention he’s eye candy for the ladies 😍 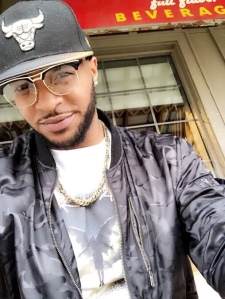 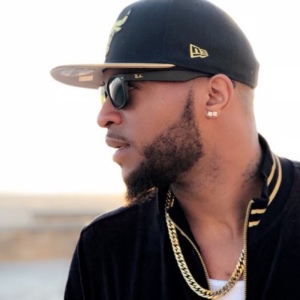 Aside from him being a dope individual, he’s an even more dope artist! He produces feel good music with a feel good vibe. I meant he has bars, beats, punchlines, & metaphors for DAYSSSSSSS! And let me add he’s one of my favesssss 😍✨🌬🌊🤴🏾

If you haven’t listened to any of his music and don’t follow him on any social media platforms, YOU ARE MISSING OUT! Start listening 👂🏽& following today!👣

I promise he will have you glowing ✨

Check out his music for yourself! Go buy the album or listen on YouTube!

You can even grab a #FREEAIR shirt 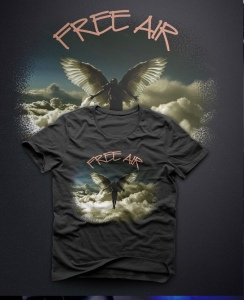 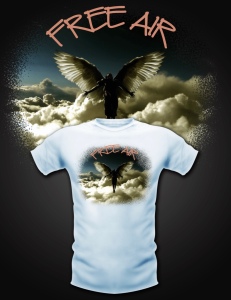 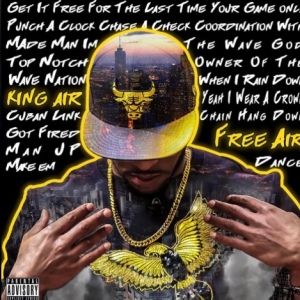 Connect with the WAV GOD & join the wavy family 🌬🌊